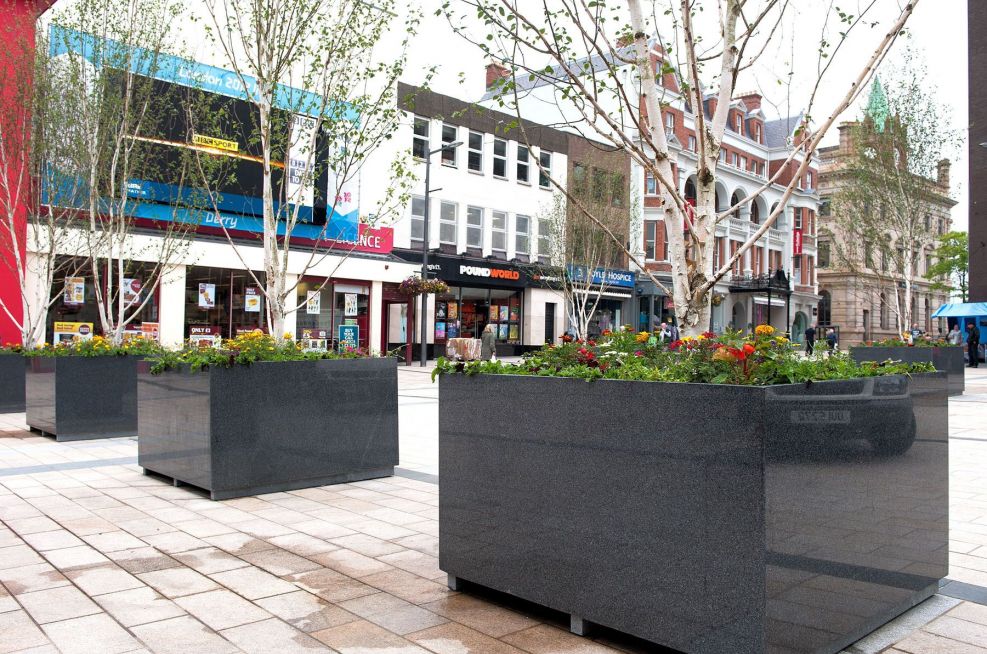 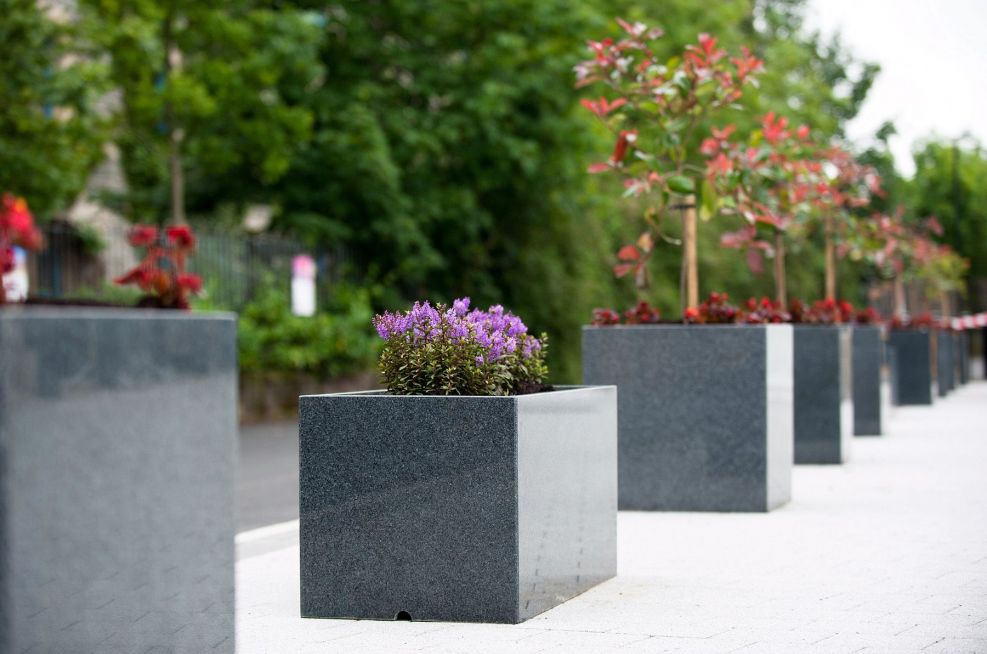 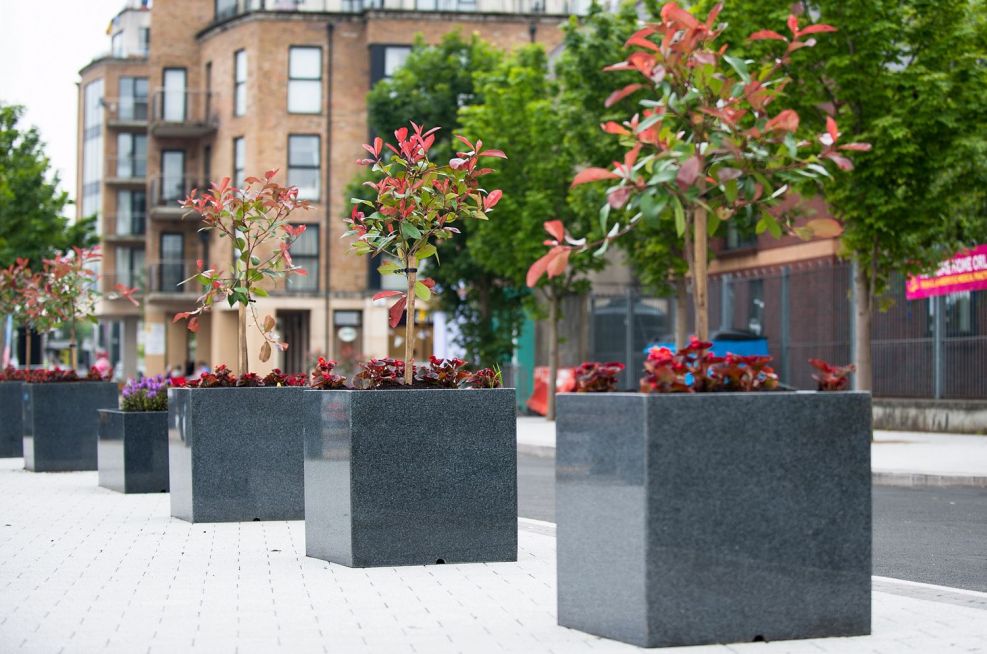 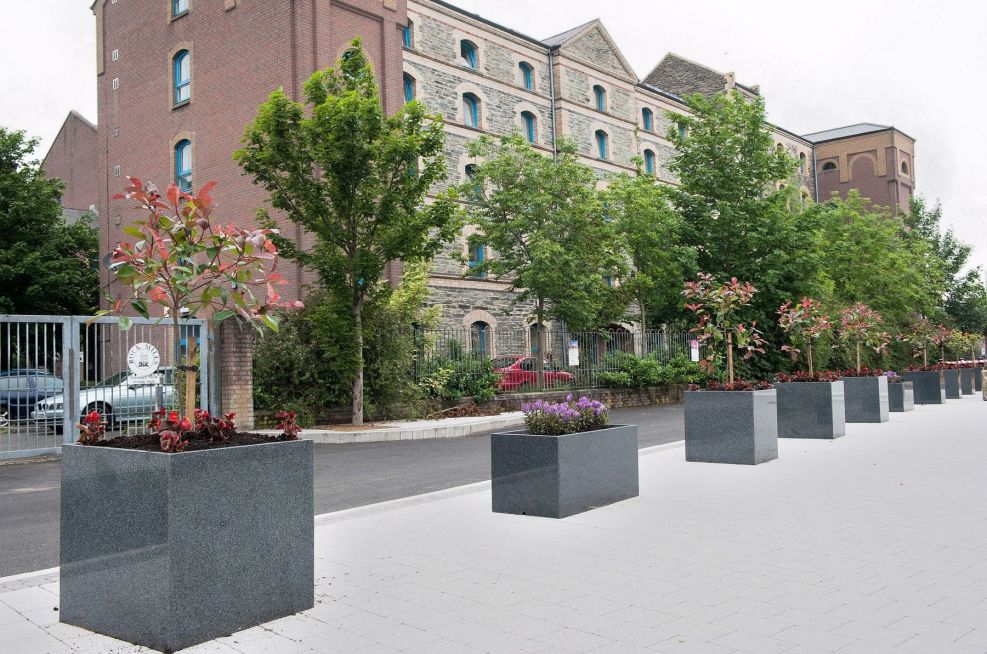 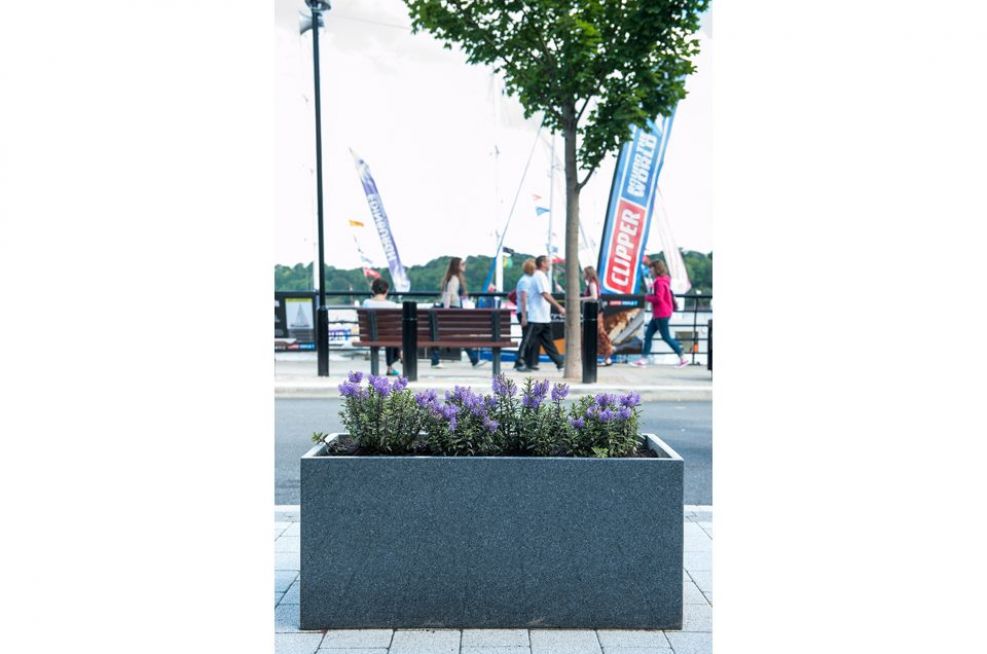 Bespoke granite planters were commissioned from IOTA by Derry City Council, as part of the city’s preparations to host the Clipper Homecoming Festival 2012. The Festival marked a high point of the eleven month, 40,000 mile Clipper Round the World Yacht Race; with Derry~Londonderry welcoming the ten-strong fleet of 68-foot yachts to the Foyle, at the end of the final transatlantic leg.

Ten large tree planters were fabricated from cut sections of 25mm thick quarried granite, each planter of dimension L 1600 x W 1600 x H 900mm. The specification included stainless steel eye bolts in the base of each planter (to assist installation, and which also served as attachment points for a tree anchoring system); plus granite feet to enable movement by forklift. The planters were located in the city’s central squares and pedestrian streets inland of Queens Quay.

In addition to the ten bespoke planters, twenty two large stock designs were also used in the scheme: namely, fourteen Granite Cube 600 planters and six Granite Trough 1000 planters. These stock planters were used specifically on the Baronet Street Quayside, the docking point for the Clipper yachts.

With a clean modern aesthetic, IOTA’s granite planters are increasingly specified as street and tree planters – as a stylish, and often cheaper, alternative to more utilitarian concrete or metal planters. The granite stone used is highly resistant to physical attack, graffiti is easily removed, and its close granular structure means that minor damage is not readily apparent. IOTA’s custom manufacture service is not limited to planters, and can include other items of street furniture (such as chairs, benches etc.)