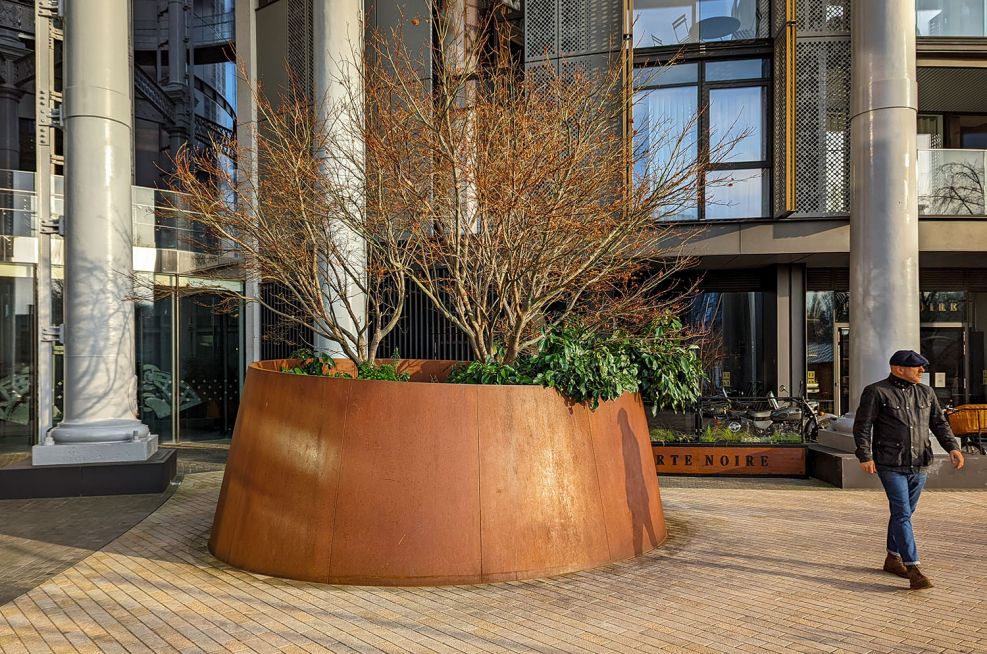 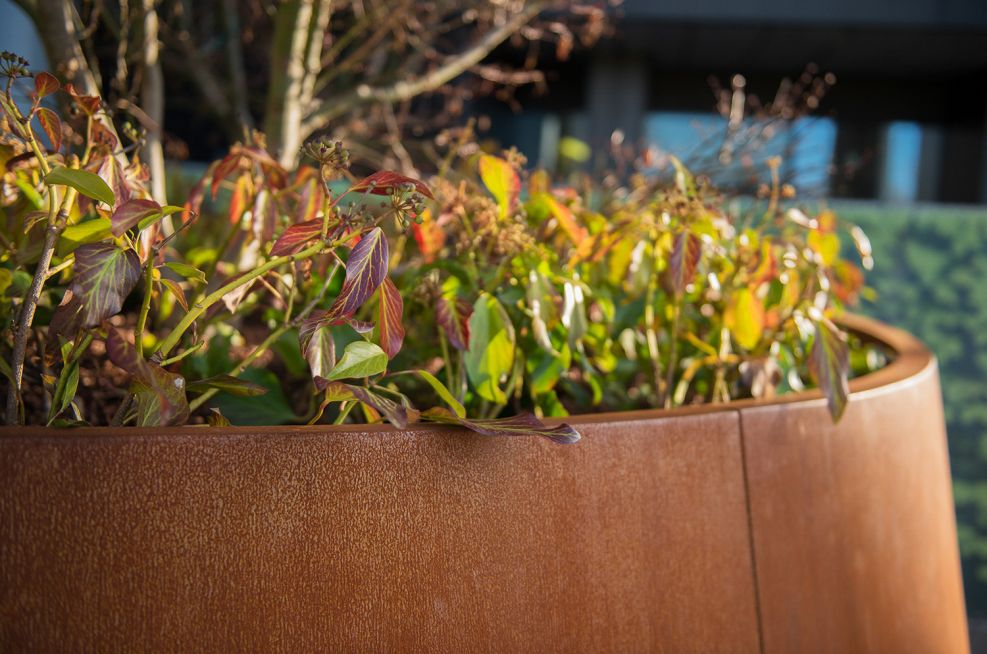 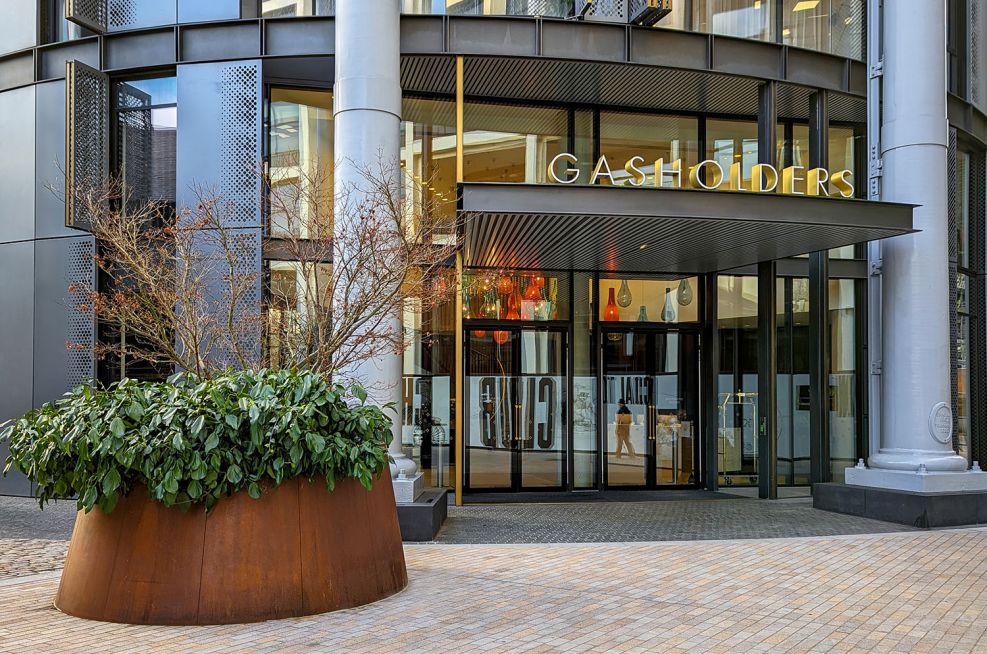 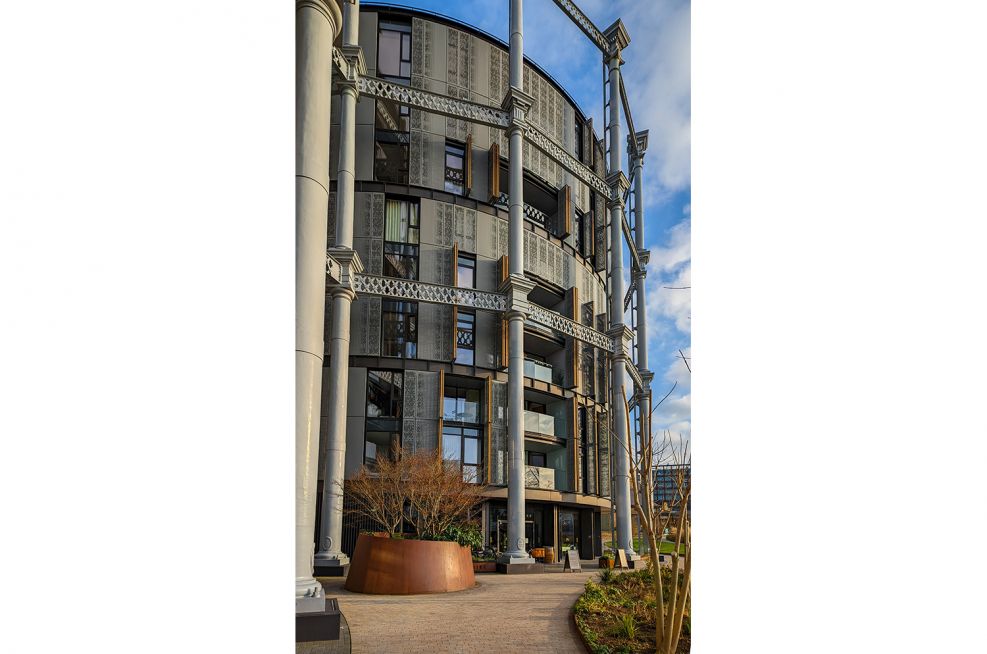 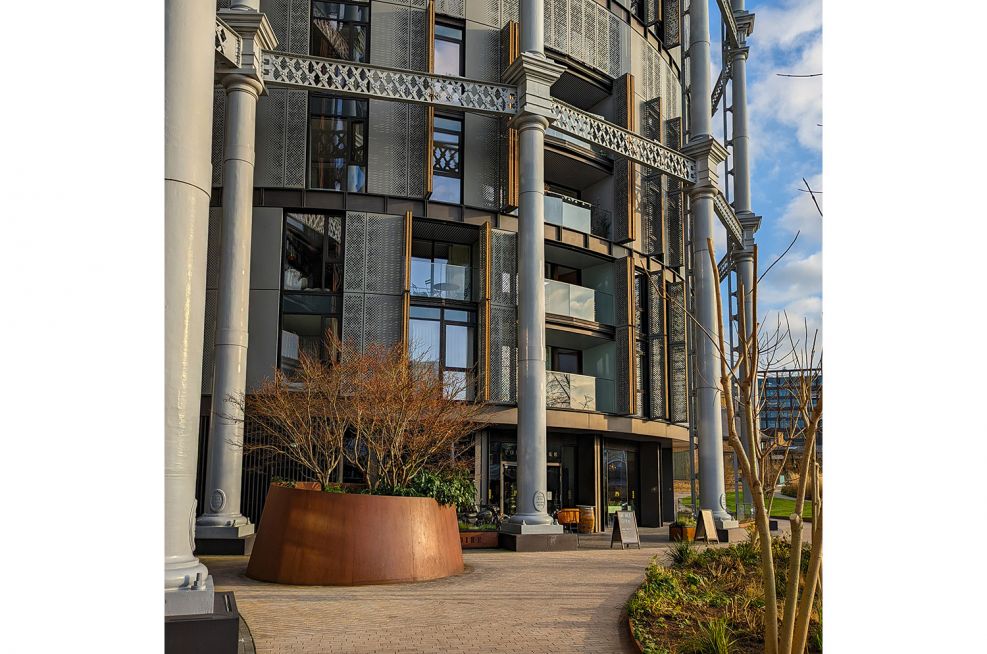 Bespoke Corten Steel planters were commissioned for the iconic Gasholders London development, in the heart of the King’s Cross urban regeneration zone.

The planters are complex, asymmetrical cones in form; and they are massive in scale, with the largest being Dia. 4793 x H 2102mm and 1200kg in weight. Each planter was made from 12 sheets of 3.0mm Corten Steel, rolled to form, and welded to a sub-frame of rolled 50 x 50mm box section. The planters were each shipped in 4nr. sections, for on-site assembly; and lifting eyes were incorporated into the sub-frame structure, to facilitate installation via forklift.

IOTA’s delivery was on the basis of design, manufacture, supply and installation; and IOTA also supplied the planters pre-weathered, with the characteristic patina of Corten already developed. IOTA’s planters were commissioned for this project by landscape contractors Maylim, for main contractor Carillion.

King’s Cross is the largest urban redevelopment scheme in Europe, and the rich industrial heritage of the area is integral to its renaissance. Among the most distinctive and beautiful features to be retained is a trio of gasholder guide frames – now repurposed as The Gasholders London.

Gasholders London is a remarkable feat of contemporary design and cutting-edge engineering by renowned architects Wilkinson Eyre. The development comprises 145 distinctive apartments and penthouses, built within three refurbished, Grade II-listed, cast-iron gasholder guide frames, next to the Regent’s Canal at the heart of King’s Cross. Originally constructed in 1860-67, the gasholders were built to store town gas for Pancras Gasworks, the largest gasworks in London; and the gasholders are known colloquially as the ‘Siamese Triplets’ because their frames are joined by a common spine.

The Gasholders sit within extensive gardens, open to the public, running alongside Regent’s Canal; and they are one of the most iconic landmarks within the King’s Cross urban regeneration zone.