There are many ways in which a planter design scheme can be extended to include balustrades, trellises or fencing; and there are, equally, many situations where it makes sense to do so - for example:

The options shown in the gallery here are in no way exhaustive – merely a few examples of what IOTA has done previously, which hopefully might inspire.

Finally, there are a couple of other common situations where elements do not need to be structurally integrated:

Examples of both of the above are also shown in the gallery.

When balustrades, trellises or fencing are combined with a planter, then the load bearing and load distribution requirements are completely changed, and the planter must be structurally re-engineered. This is equally required where other structures are added to a planter – for example, as discussed here: Adding Seating to Planters >>

Thankfully, metal is the ideal material with which to combine balustrades, trellises or fencing and planters into an integrated design; and the integration of these additional structures need not be expensive - in fact it is most often cheaper than buying the individual systems separately. The strength and rigidity of an IOTA planter comes from the manner in which loads are spread internally via vertical stiffeners, cross-braces and base / rim structures; and with the addition of relatively inexpensive stock metal sections, these pre-existing internal planter structures can also be used to spread the loads of balustrades, trellises or fencing. So with intelligent design, and an eye on cost, a standard planter design can usually be evolved to incorporate these additional structures without the need for revolutionary design changes.

The only additional cost which might be incurred, depending on the situation, would be structural engineer review and calculations - and for a scheme of any size this cost will be relatively immaterial. 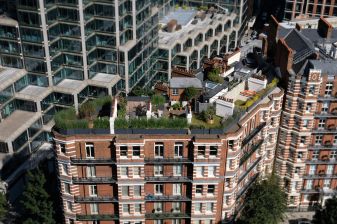 IOTA is commissioned by a Residents Group to design and supply a planted perimeter, around a shared 7th floor roof terrace, in Ashley Gardens, London SW1. 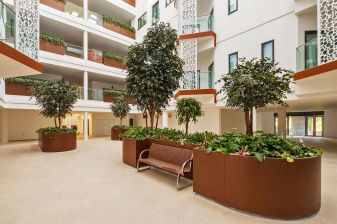 A large, L-shaped steel planter was commissioned for a fine artist’s private residence and studio in the Cotswolds

Bespoke steel planters and integrated fencing are supplied to Peloton Place – a development of 9 luxury apartments in Putney, London SW15

Bespoke powder coated steel planters are commissioned for the roof terrace of the media production agency Tapestry, in the heart of Soho, London W1. 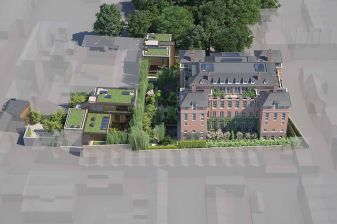 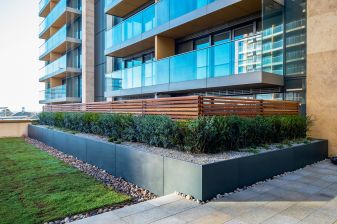 IOTA was commissioned to supply multi-sectional planters and hardwood trellis screens for the Victoria Square development in Woking, Surrey.