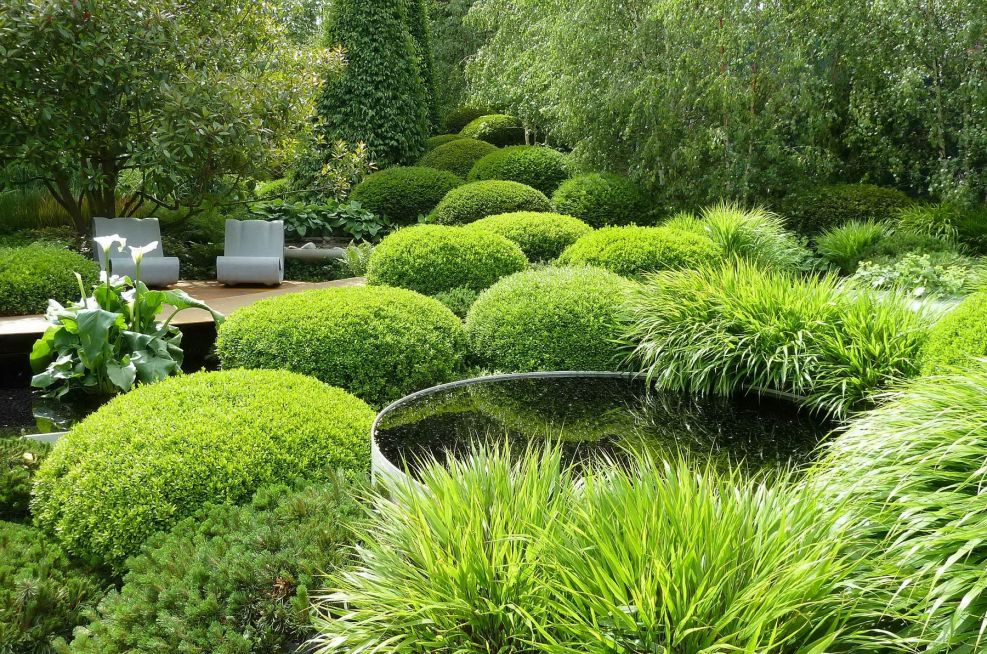 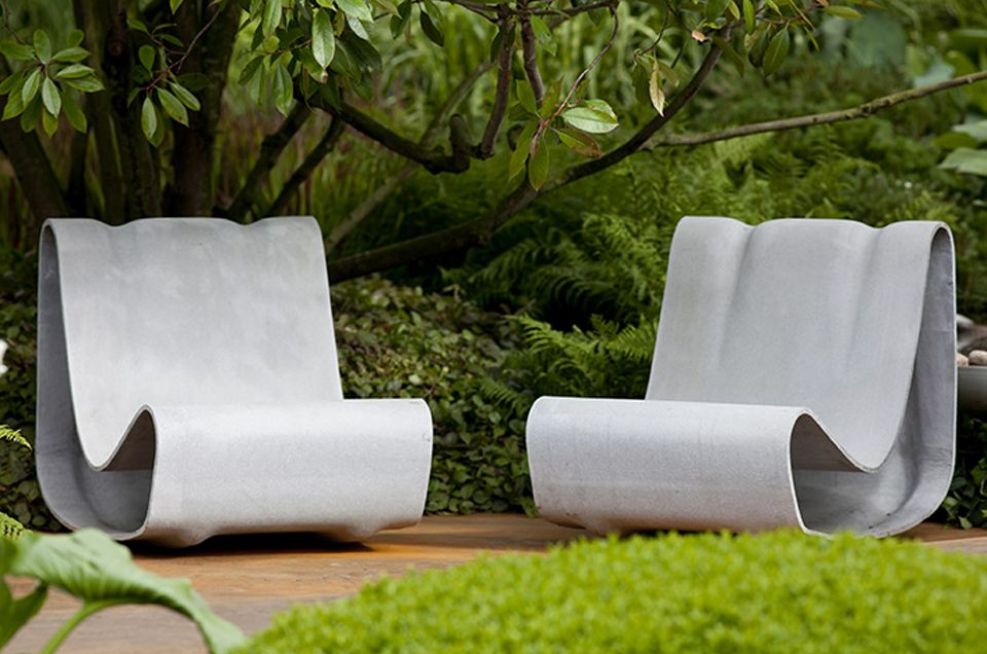 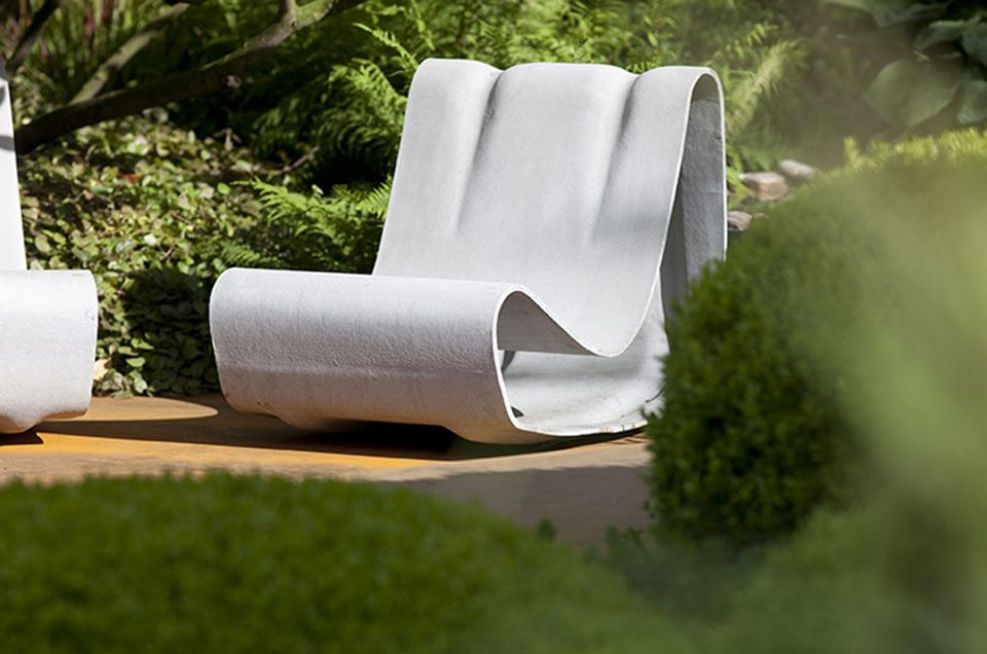 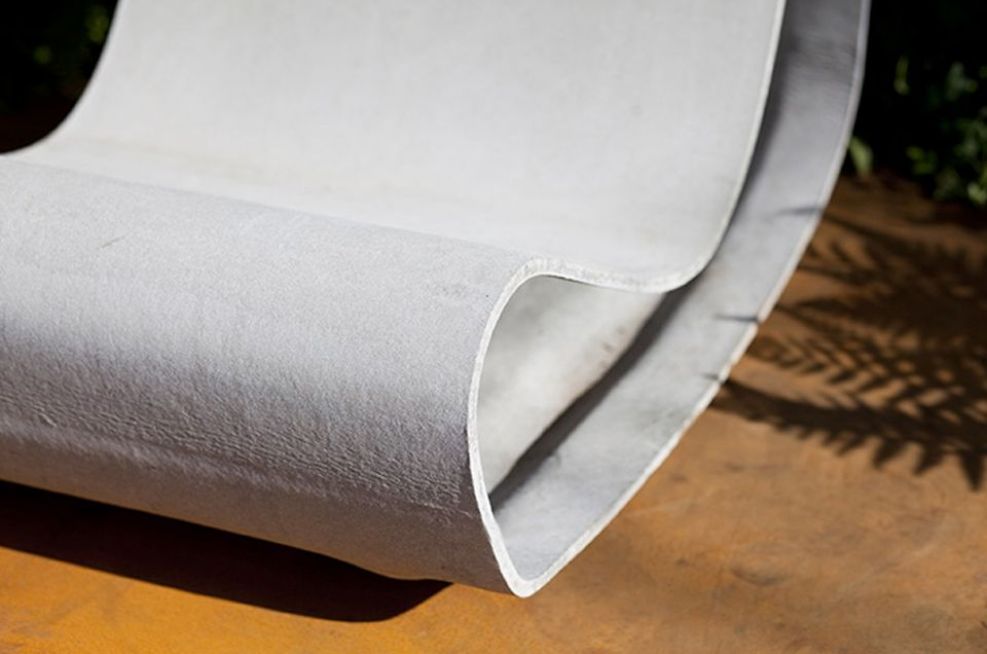 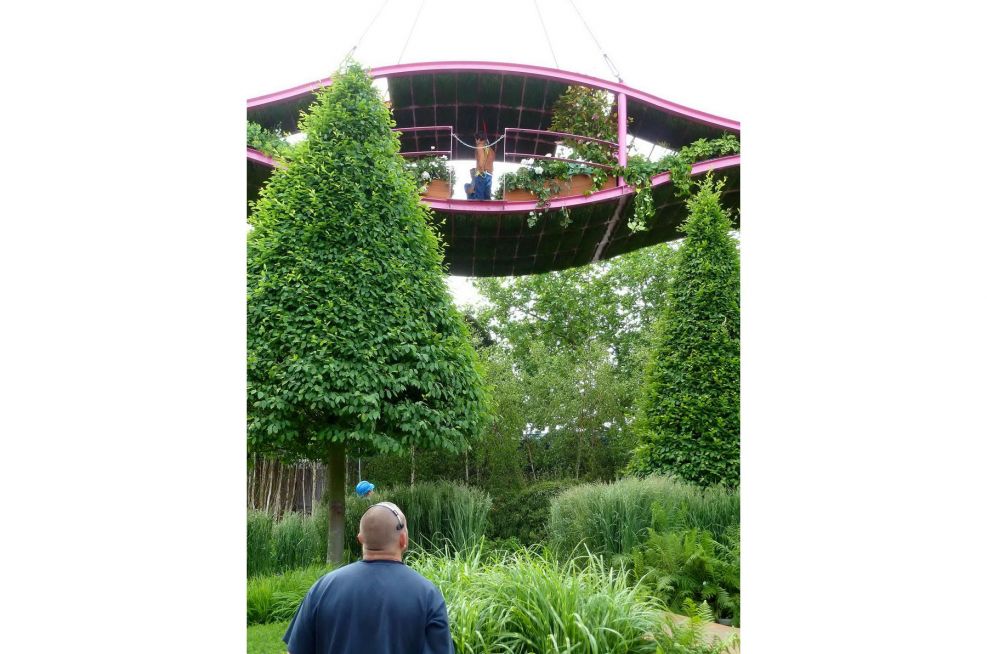 The iconic LOOP Chair from IOTA was showcased in the Irish Sky Garden at the Chelsea Flower Show 2011. The garden was awarded an RHS Gold Medal, and was the most talked about garden of the 2011 show.

The LOOP Chair was designed in 1954 by Swiss modernist Willy Guhl, and is recognised throughout the world as a design classic of the modernist movement. The striking lines of the chair underscores the designer's credo of "achieving the most with the minimum of effort". The sinuous form is created by a single, self-supporting band of Fibre Reinforced Cement [FRC] material, and the chair is deceptively strong despite its fine appearance.

The Irish Sky Garden marked the return to Chelsea of controversial Irish designer Diarmuid Gavin, and it is the largest garden ever created for the show. The designer was inspired by the film Avatar and its floating islands of Pandora, and the garden’s centrepiece is a bright pink pod suspended up to 82ft off the ground. Beneath the pod a myriad of dark pools reflect what is happening above, whilst large hornbeams point up to the sky, and soft mounds of box and pine create cloud-like shapes amongst the pools. A ribbon of rusted steel weaves within the pools and the plants leading you up to the sky garden. The designer’s objective was to mesmerize and charm his visitors by lulling them into a soft green garden; and then surprise them with his sky garden, which will transport them out of the garden and into sky. In the designer’s own words: “It is a part of a tradition of garden entertainment…The garden had a bit of magic – it was a strange concoction of Avatar, Willy Wonka and the very green Irish landscape.”