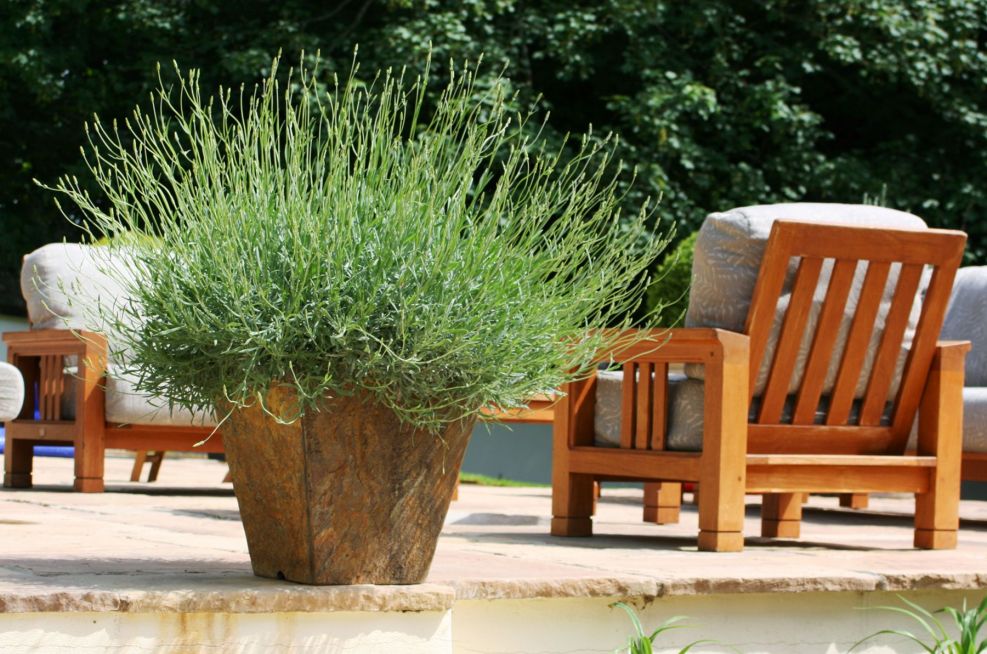 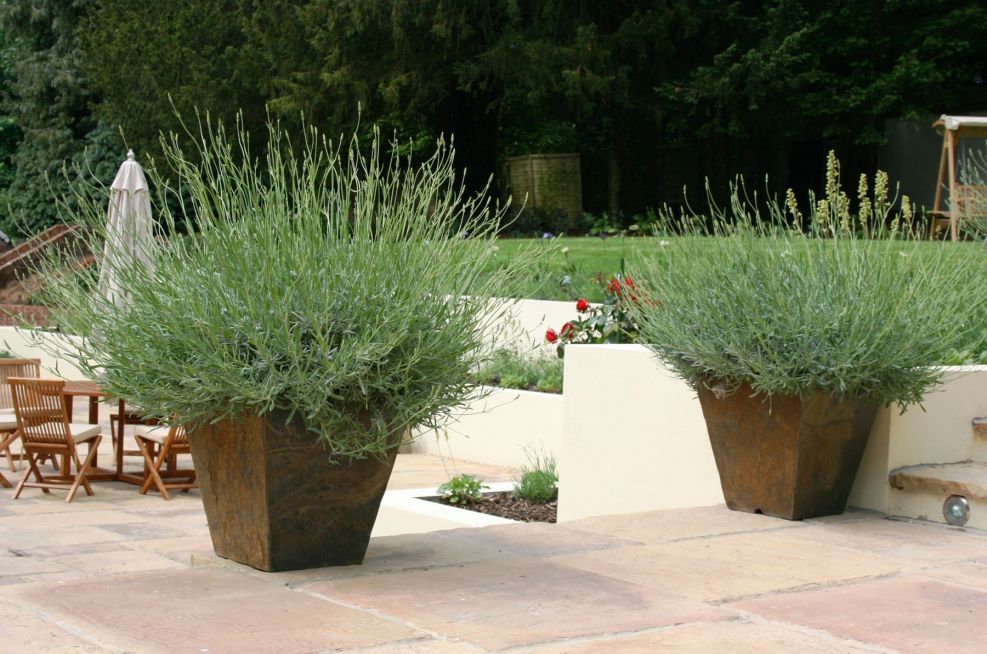 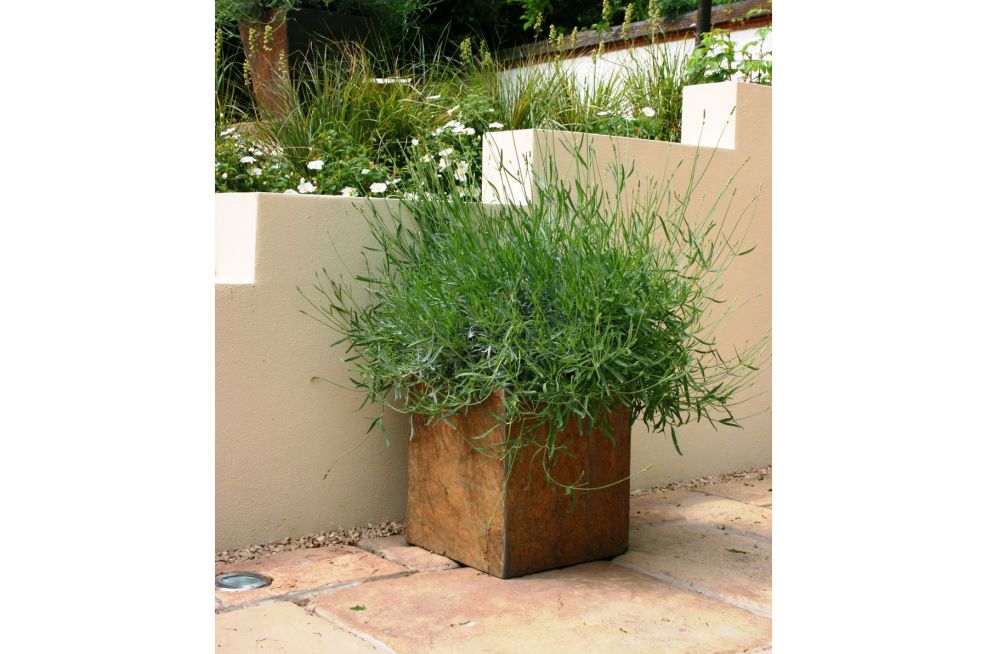 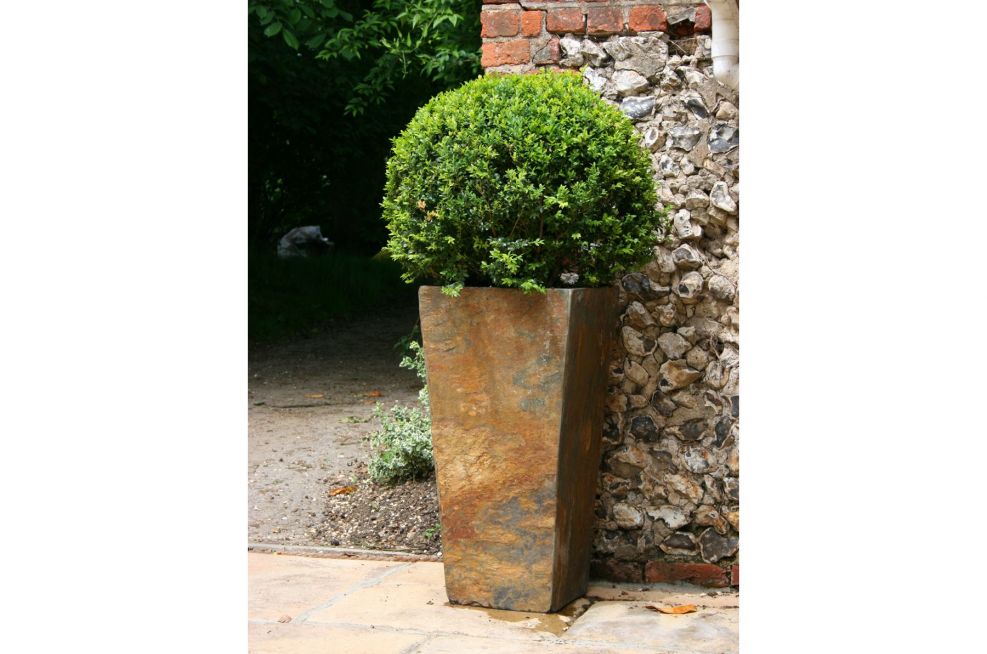 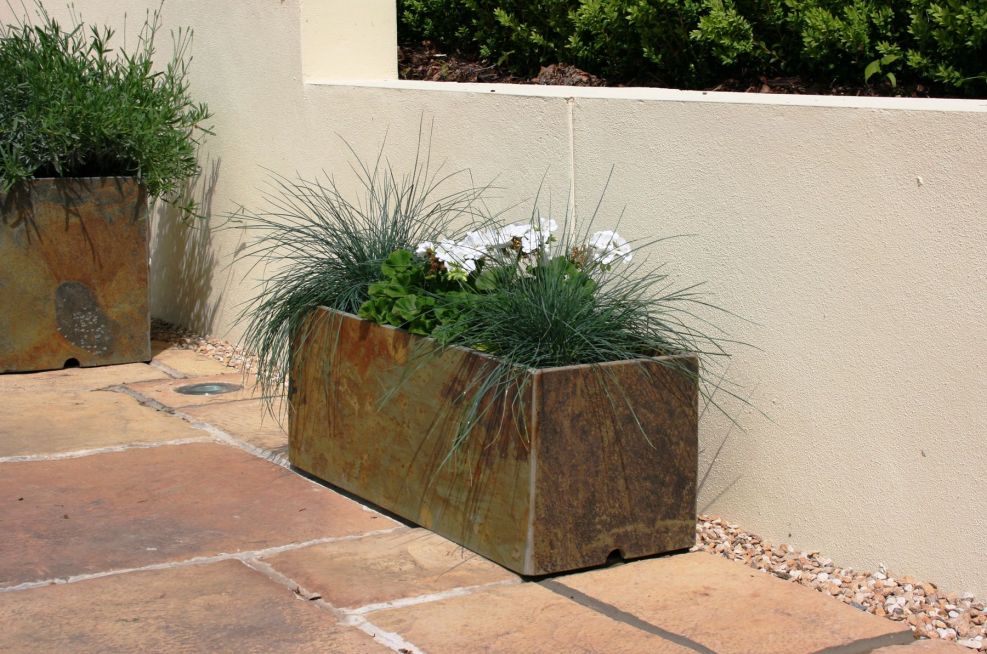 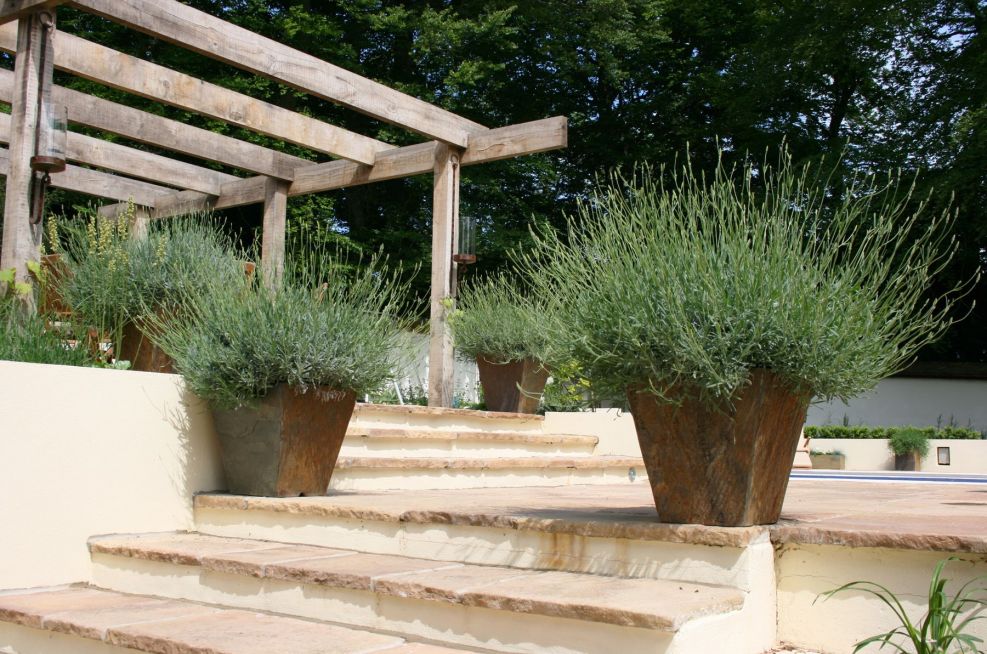 IOTA’s Slate planters were chosen as the perfect foil for a subtle and understated exterior landscaping scheme at this Georgian Manor House in Wiltshire.

The Manor House is owned by the founder of a film production company, and the property functions primarily as a corporate entertainment and hospitality venue: a country retreat, in which upcoming film projects can be discussed in a relaxed and informal environment.

The exterior landscaping encompasses a large swimming pool and surrounding sun terraces, in addition to multiple lounging and conversation spaces at different levels. The hard landscaping throughout is subtle and understated, based on light coloured stone paving and colour-washed walls; and this is echoed with an understated planting scheme of white roses, lavenders, and grey-green foliage. The warm bronze, rust and copper tones of IOTA’s Slate planters serve as the perfect foil for this scheme; and all of the elements combine to create a welcoming and harmonious space.