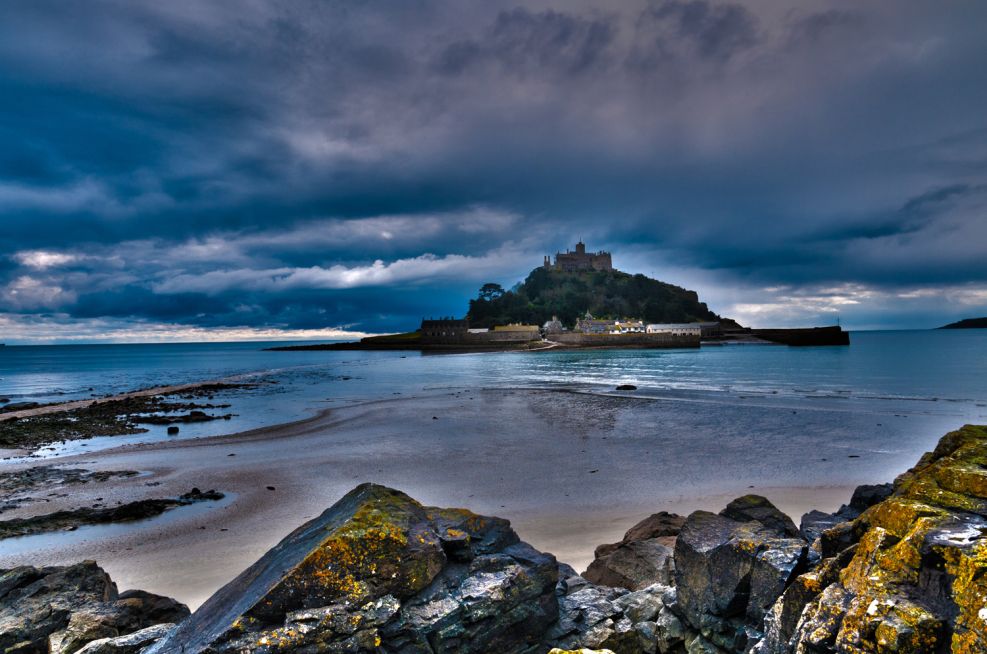 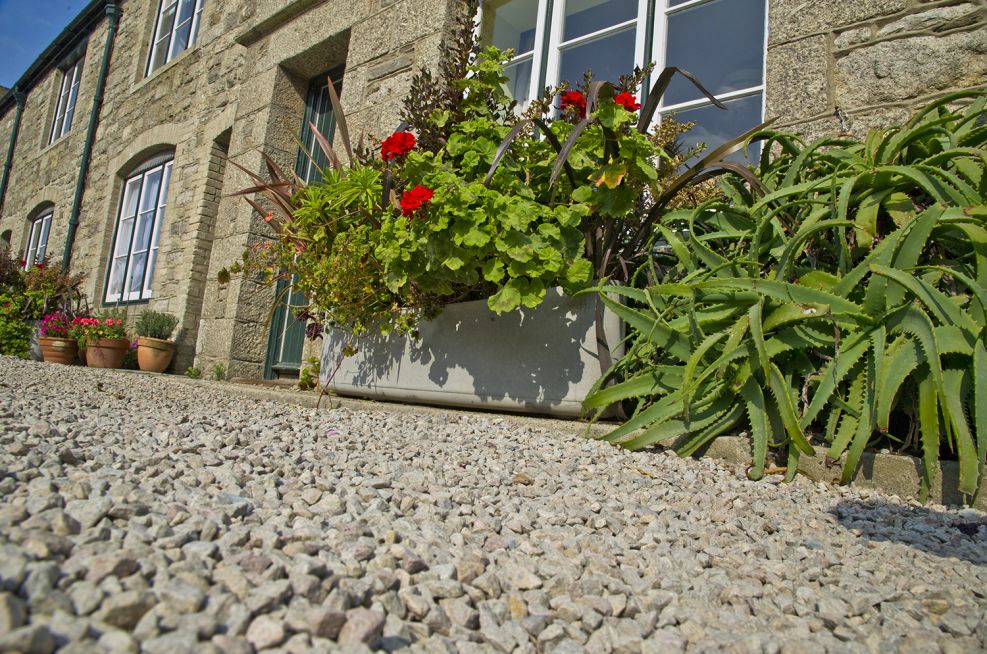 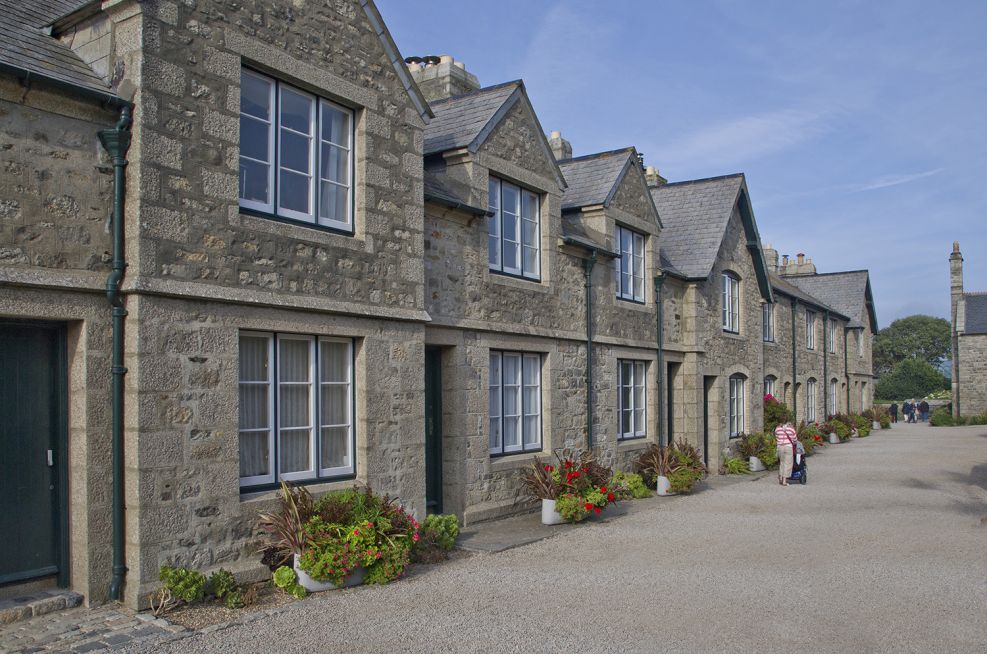 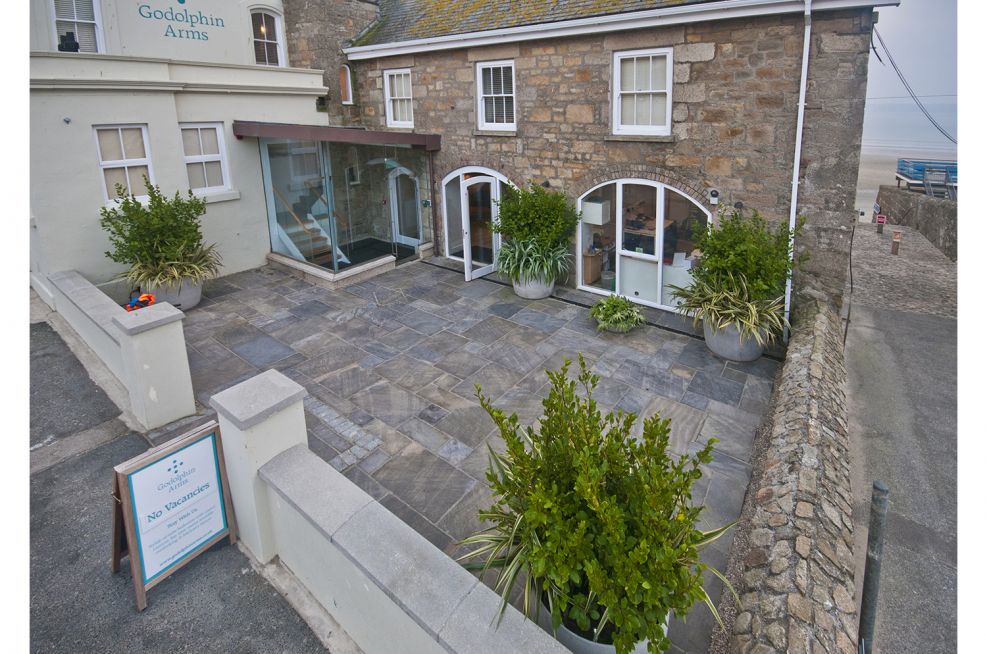 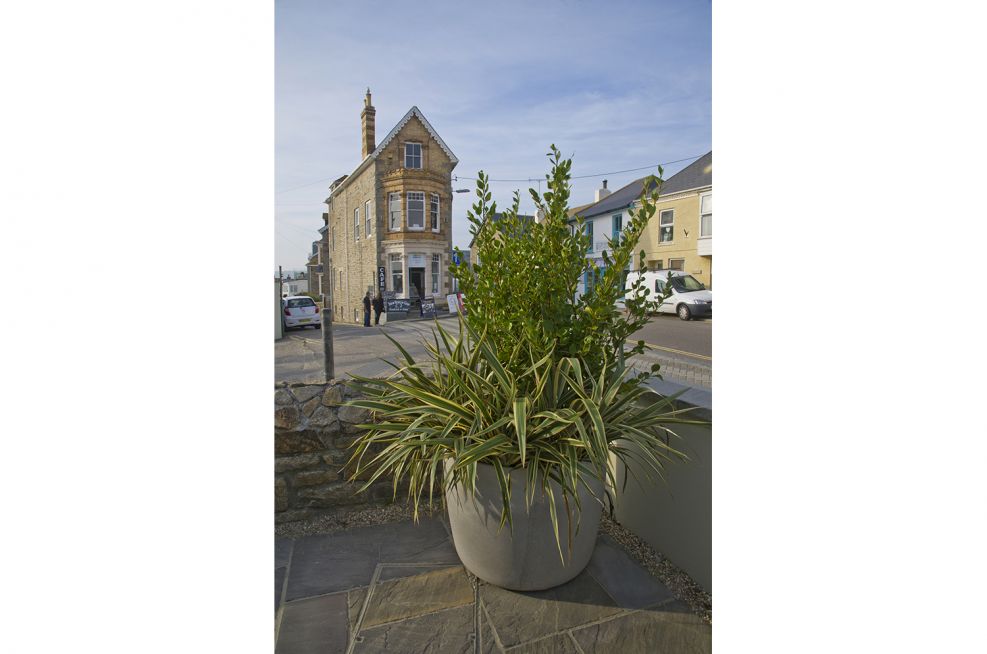 Matching garden planters were also chosen for The Godolphin Arms, which is also part of St Aubyn Estates. The Godolphin Arms is a beachside inn and hotel on the water’s edge, at the other end of the tidal causeway to St Michael’s Mount, and with stunning views across Mount’s Bay to the island.

The planters chosen were the large, sculptural stock designs Kyoto 90, Plantship, and Lausanne 70, from IOTA’s Boulevard range of Fibre Reinforced Cement [FRC] planters. Uncommonly, the planters were specified without an external paint finish, in the natural light grey colour of the raw FRC material. Being unpainted and unsealed, the planters have a raw, organic aesthetic, and they will age and weather over time.

St Michael's Mount is a small tidal island in Mount's Bay, Cornwall, linked to the town of Marazion by a man-made causeway of granite setts, passable between mid-tide and low water. It is managed by the National Trust, and the castle and chapel have been the home of the St Aubyn family since approximately 1650. The island’s earliest recorded history was as a priory for the Benedictines, religious order of Mont Saint-Michel in Normandy, to whom the island was gifted by Edward the Confessor in the 11th century.