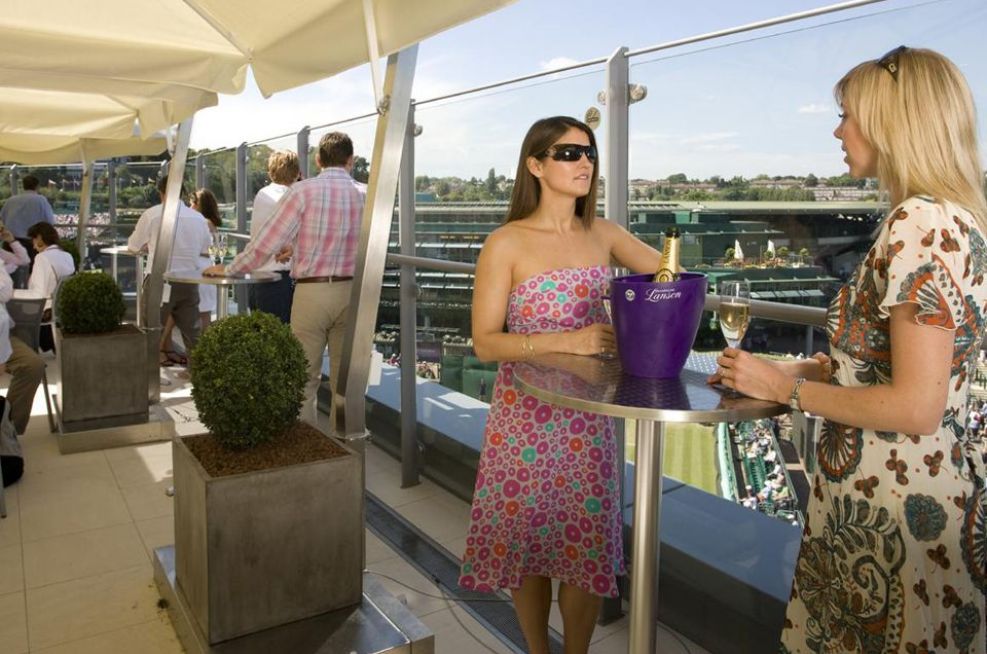 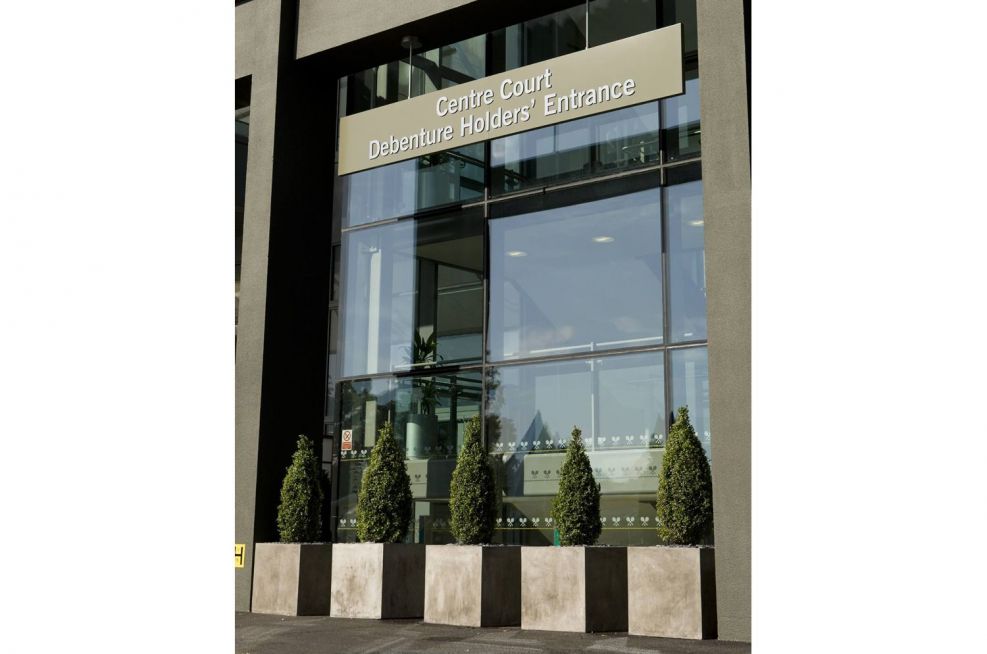 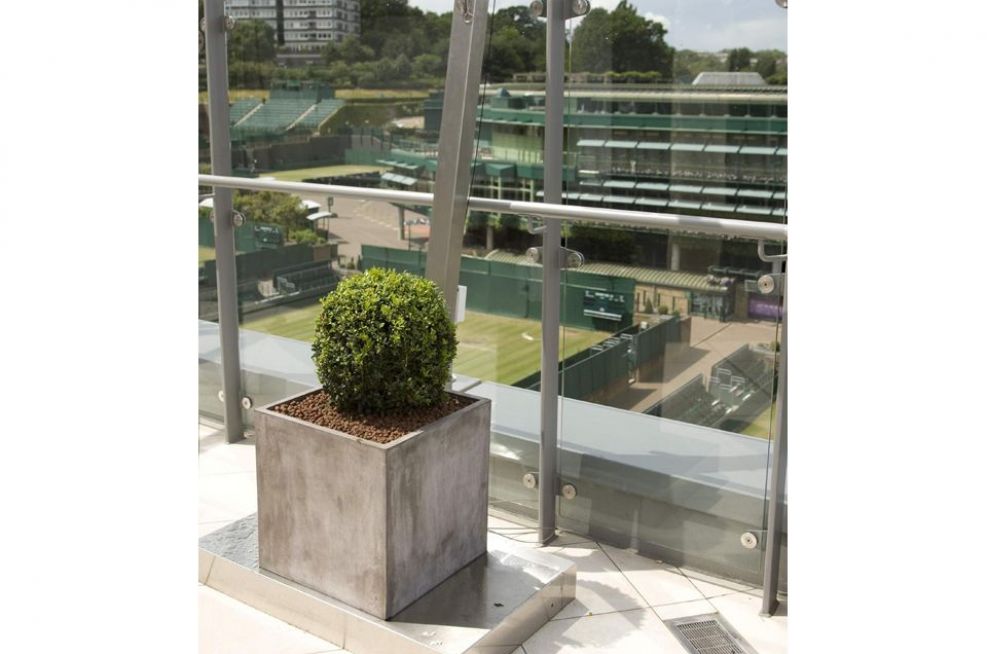 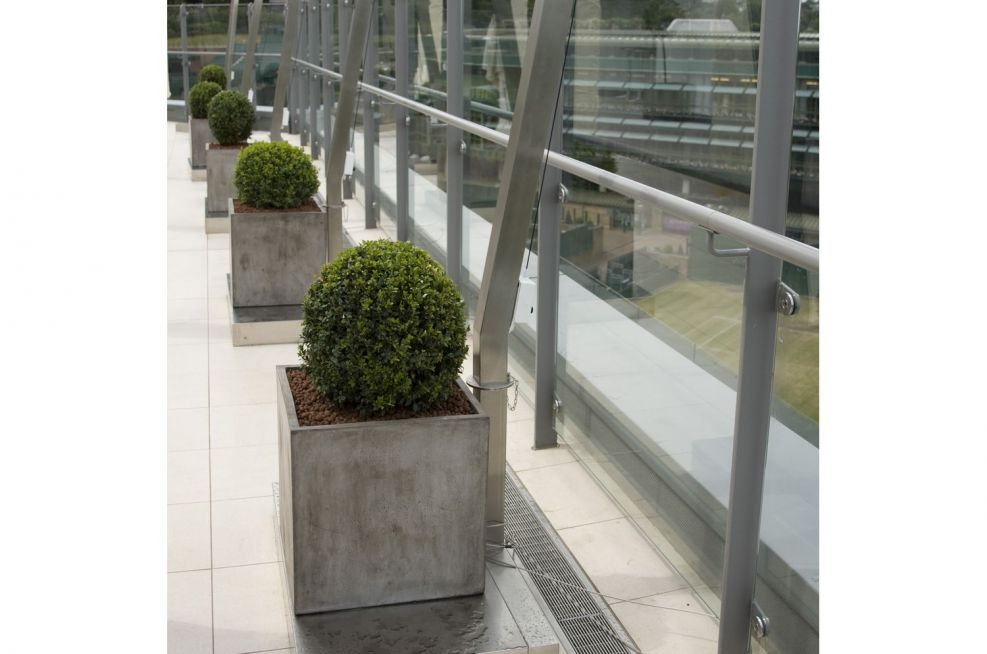 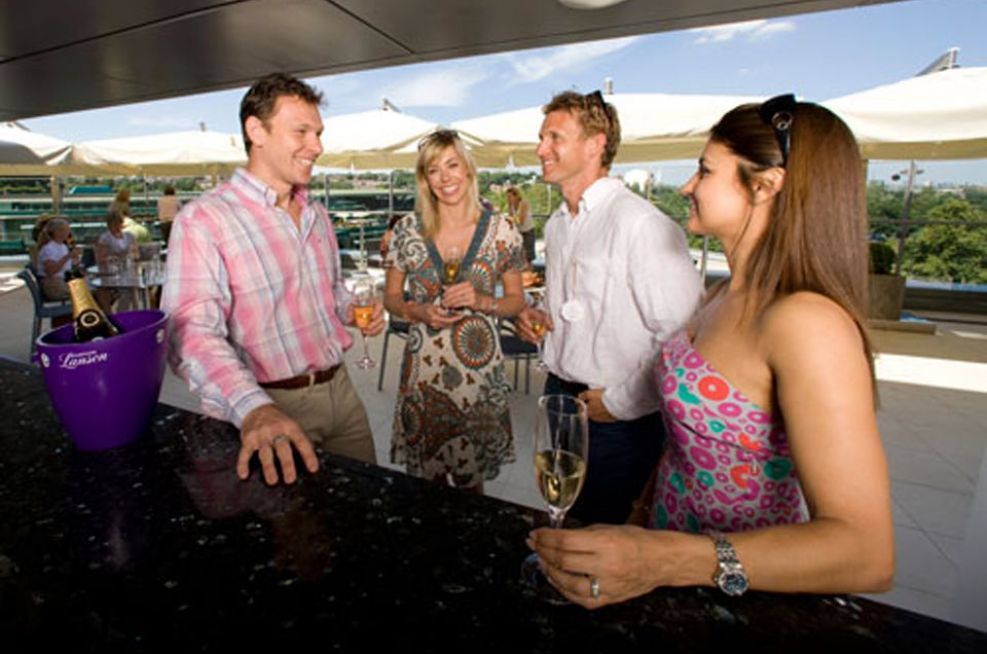 The 122nd Championships at Wimbledon ended in the most spectacular fashion, and few will ever forget the epic battle played out between Rafael Nadal and Roger Federer in the longest-ever final in the history of The All England Club. Away from the headlines, but no less spectacular, the Championships also saw the unveiling of the penultimate phase in the AELTC’s three-year redevelopment programme, featuring dramatically enhanced and extended hospitality areas within the new Centre Court Stadium.

Common exterior planting was required to help unify the look from the stadium entrance, through the various new bar and restaurant facilities. The solution chosen was IOTA’s Fresco Planters – a highly distinctive range of contemporary plant containers, also newly launched for the 2008 season.

Fresco planters are modern urban without being hard-edged, and their tone-on-tone shades of warm grey complemented perfectly the vaulting steel frame of the Debenture Holders Entrance. The imposing planters selected (the Fresco Cube 600) were of a scale appropriate to the architecture, whilst their shape mirrored the large recessed glass wall panels behind. This choice of planters was extended beyond the Debenture Holders Entrance into the surrounding public areas, such as the terrace up to the Wingfield Restaurant. Within the Centre Court Stadium itself, smaller Fresco Cube 500 planters were used to visually link the Entrance with other exterior spaces – such as The Gallery Terrace and The Roof Top Bar, where Fresco’s cool sophistication worked perfectly with the modern steel and glass railings.