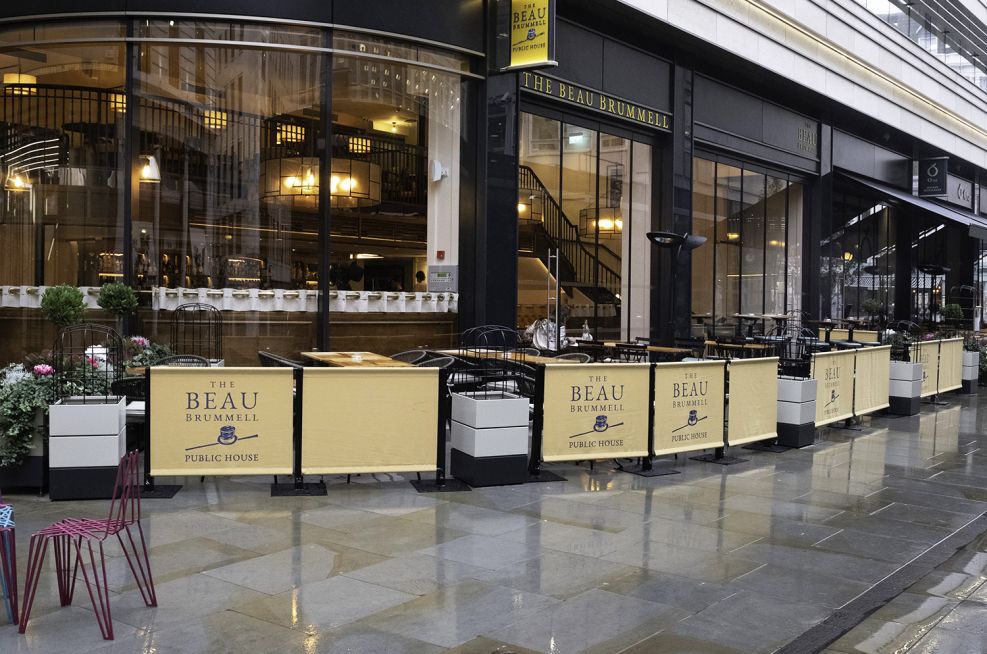 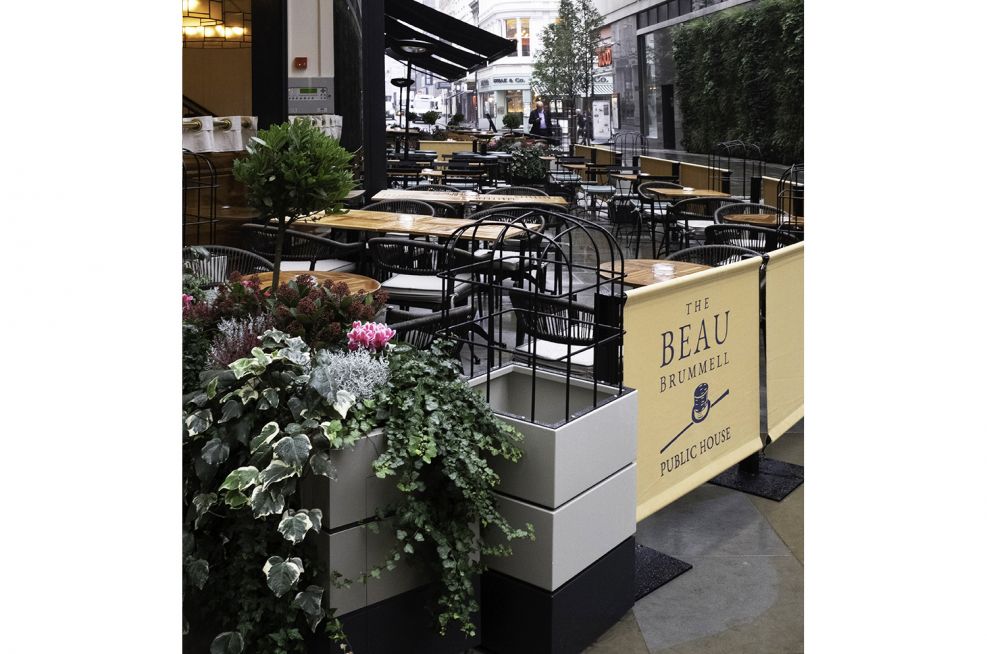 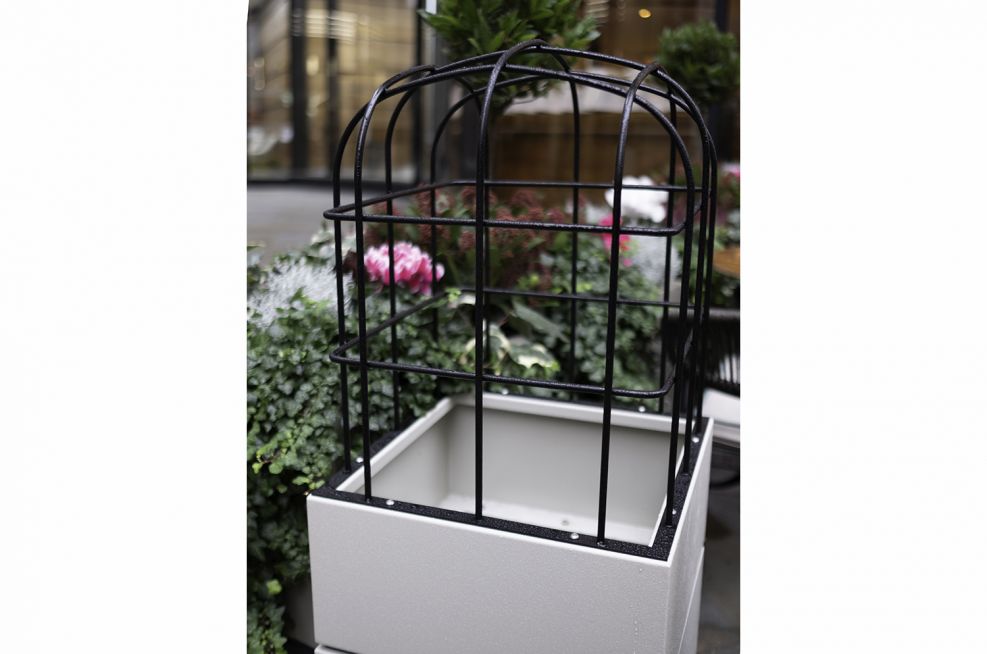 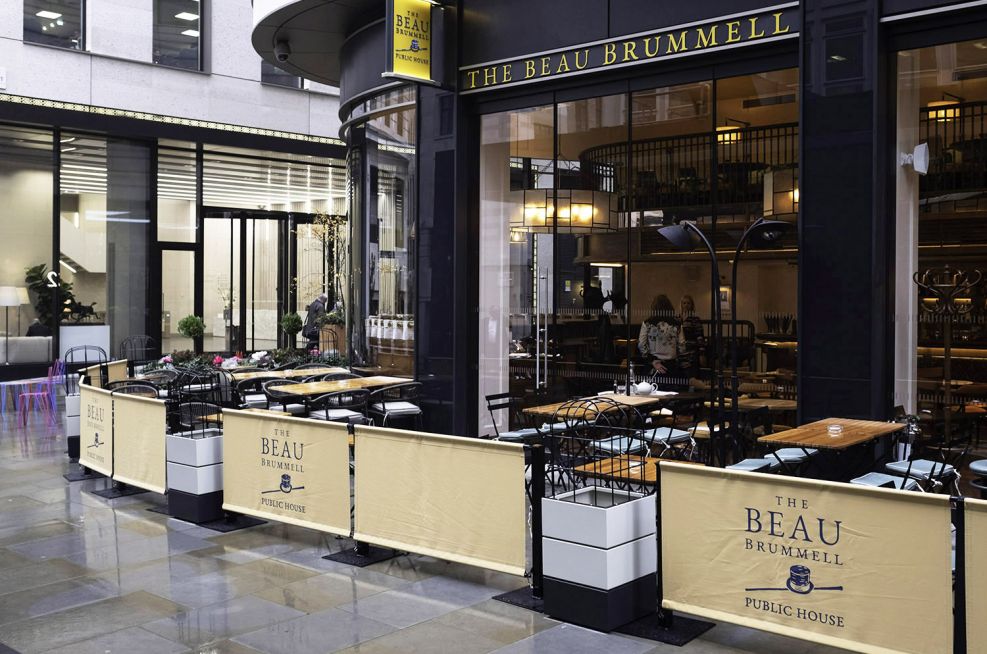 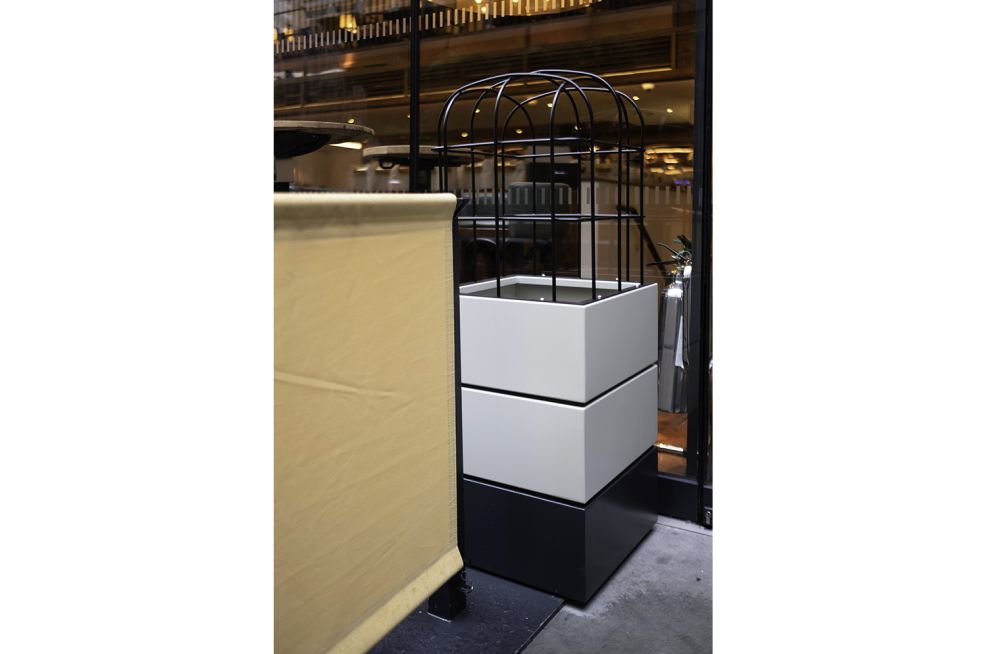 The planters were designed to a standard height, but in two versions: one with a relatively low ‘birdcage’ on top; and the second with a higher, H 1050mm ‘birdcage’, to which a menu board was also fastened. The ‘birdcages’ serve as a climbing frame for plants – to create a disciplined and structured, but also verdant and colourful, green perimeter to the outside dining terrace.

The planters were manufactured from 2.0mm thick Zintec Steel, Polyester Powder Coated to RAL 7021 [Black grey] and RAL 7032 [Pebble grey]. To achieve the ‘banded’ effect, the planters were made in three separate sections, painted, and then assembled.

The ‘birdcage’ tops were hand-formed from 8.0mm Steel Bar, and Polyester Powder Coated to RAL 9011 [Graphite black]. The menu holder was an off-the-shelf item, adapted to fit.

Opening in Autumn 2019, The Beau Brummell is the newest addition to the Cubitt House family of fine public houses and hotels. Named after the original dandy himself, The Beau Brummell, this British gastropub is located in St James’ Market just around the corner from Piccadilly Circus and a short walk from Soho. The Beau Brummell has an extensive focus on wine, including a special range from the best British producers; as well as fine ales and crafted cocktails.