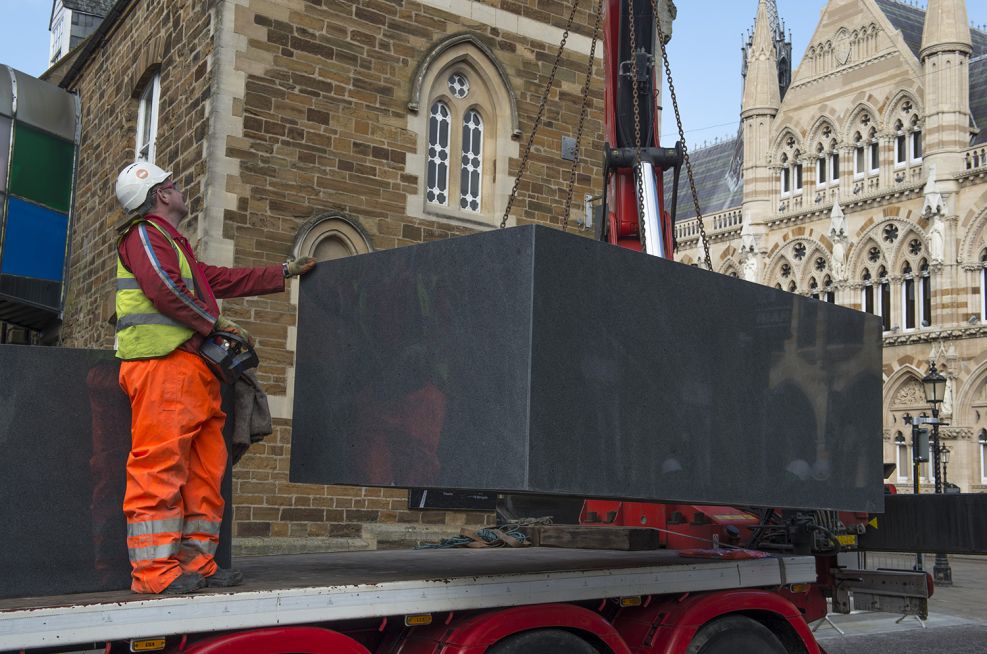 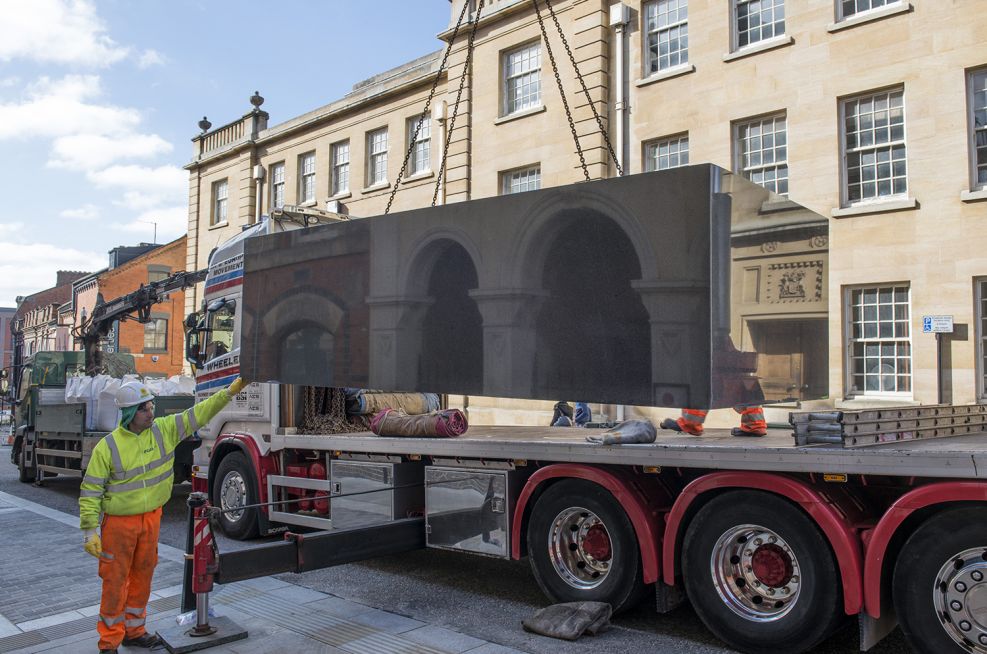 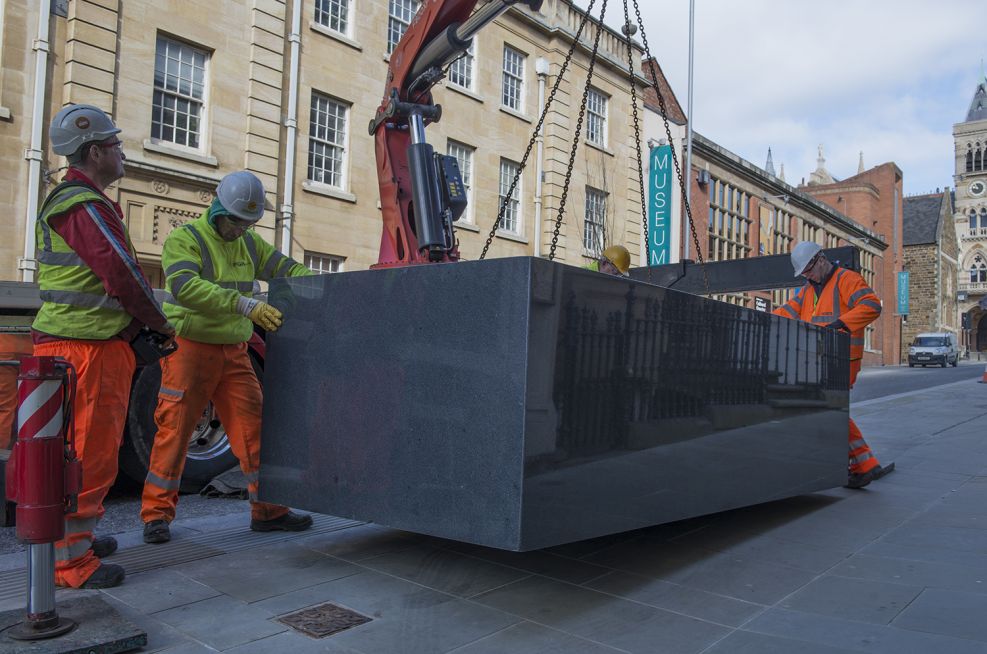 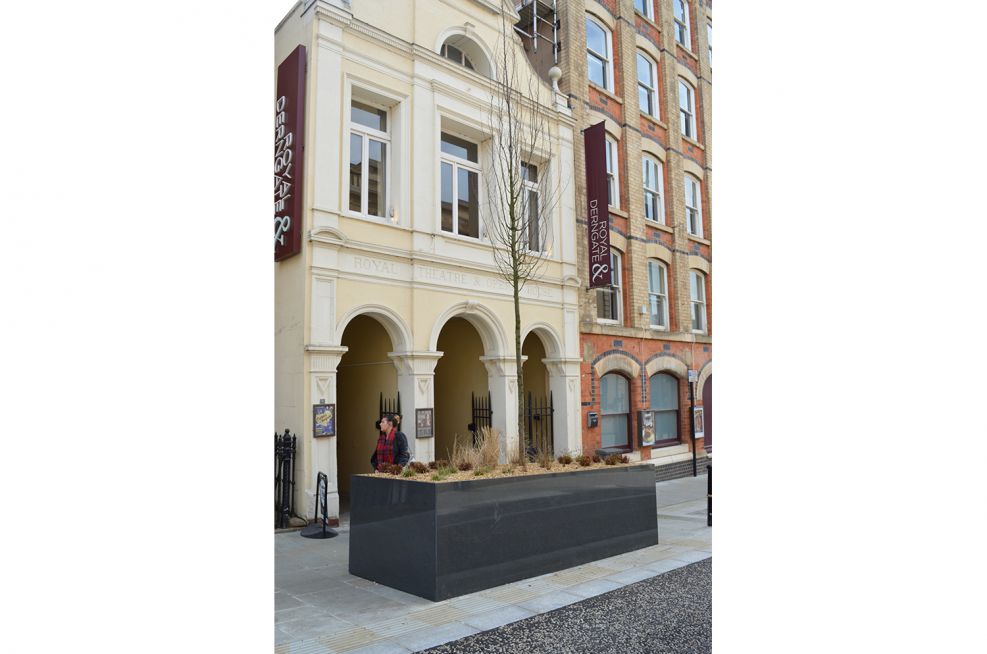 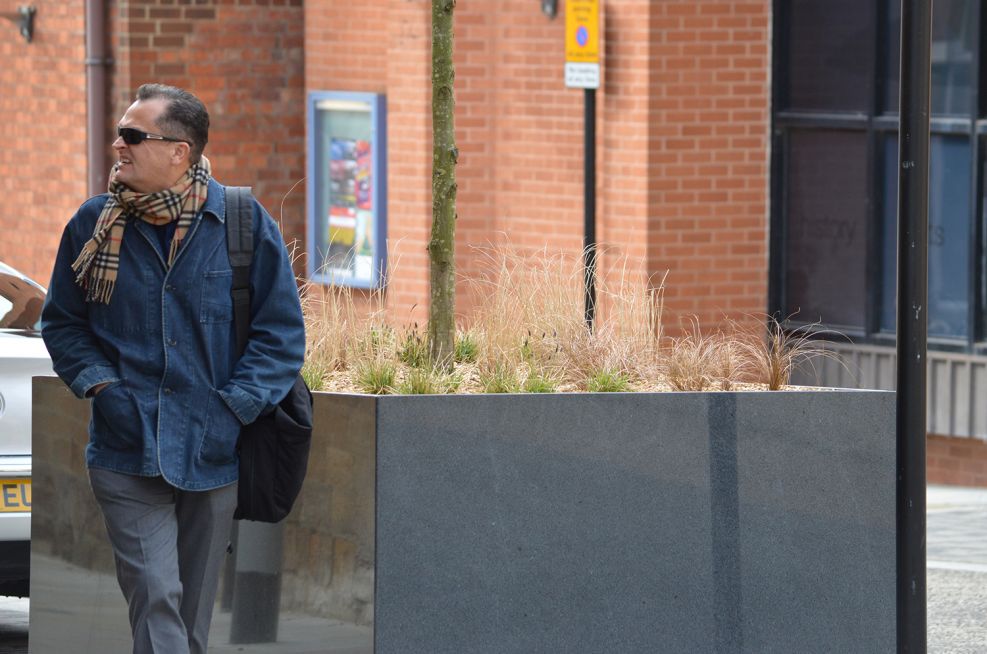 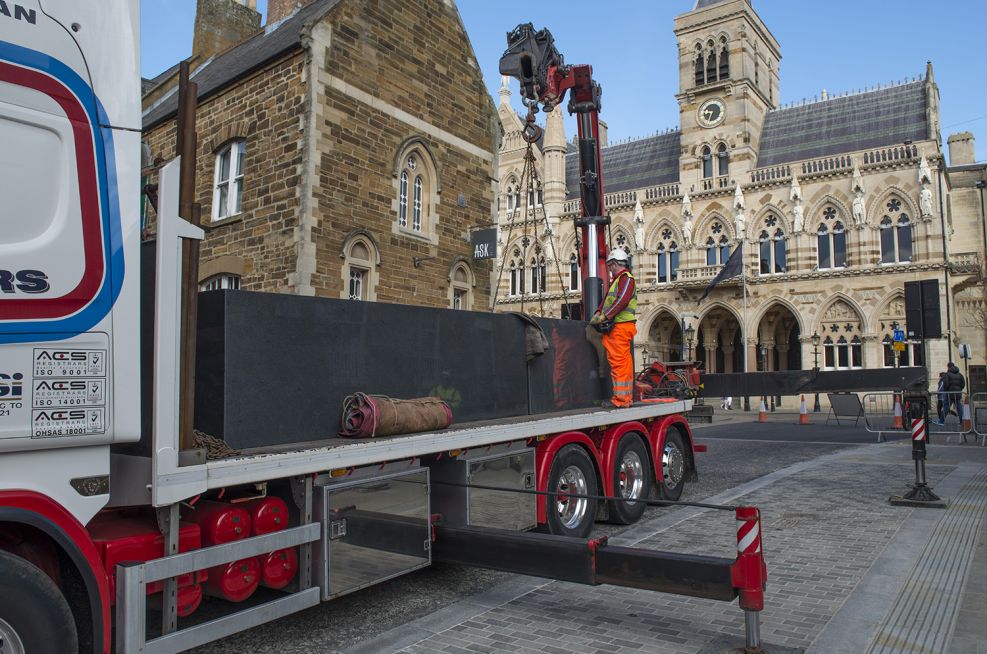 Extra large bespoke granite planters were commissioned for a prime location on Guildhall Road, at the heart of the Cultural District of Northampton.

The planters were commissioned as part of a major highways upgrade to Guildhall Road, including new and widened pavements, and pavement tree planting. The largest of the two planters is positioned outside the Royal Theatre opposite the County Council Offices; with the smaller planter being located at the top end of Guildhall Road, opposite the Guildhall on St Giles’ Square.

Made from 30mm thick granite, and substantially reinforced internally, the planters are unusually large, measuring:

The planters also include 1.5mm thick galvanised steel liners, also supplied by IOTA, which are completely self-supporting structures. The liners were judged by the Council to be a cost-justified addition to the original design; as the liners allow the planting to remain intact, even in the unlikely event of catastrophic vehicular impact to the granite planters.

The planters were designed by WSP Group, and were commissioned by PGR Construction on behalf of Northamptonshire Highways. The installation via HIAB lorry was conducted by IOTA. Versatile and low cost with a distinctive urban look

Versatile and low cost with a distinctive urban look